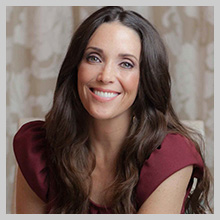 Karen is a licensed marriage and family therapist, an adjunct instructor at Alliant International University, and the co-creator and contributor of The Temptation of a Generation children’s book series.

Ogden has a bachelor’s degree in communication from the University of Utah, and a master’s degree in marriage and family therapy from the University of San Diego. She is a frequent speaker and contributor to local and national publications, television and radio programs. She has led therapy and educational groups across the country and is actively involved in educating parents about the effects of technology on children.

Ogden is proud to be the co-creator and contributor of The Temptation of a Generation children’s book series, the first series to tackle the difficult topics of pornography, cell phone use and bullying. The Temptation Series has been featured on national programs such as the Dr. Laura Radio Program, USA Weekend, The Mike Huckabee Radio Show The Deseret News and Orange County Register.

Karen is married and the mother of four young children.